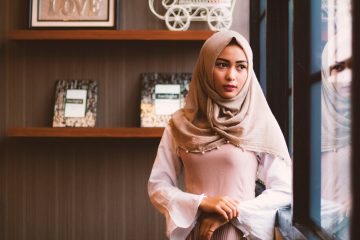 Muslim marriages are becoming common in Thailand more than before, and more Muslims from the other parts of Thailand are getting married to citizens from Muslim countries of Southeast Asia and also with Thai nationals. Islamic marriage is a religious ceremony which is performed by a Muslim couple. For non-Muslims who wish to marry a Muslim, one must consider the process of conversion to Islam.

An Imam is required to do the conversion process, wherein your fiancée has to affirm of believing in only one God under the teaching of the prophet Mohammed. Once the Muslim conversion process is done, Islamic marriage may take place. The entire process is done and officiated by an Imam at the Islamic Center in Thailand.  However, if both parties are Muslims, and the fiancée is a Thai national, then the fiancée would only need to obtain a letter from her family consenting of the marriage. This letter has to be handed to the Imam at the mosque where the marriage will occur.

After the ceremony, the documents will be translated into English language or may also opt to have an Arabic translations of such which will then be sent for legalization at the Thai Ministry of Foreign Affairs.

Be always mindful that for non-Thais who wish to have a Muslim wedding, the female party needs y to obtain proof of being single or divorced. For residents of UAE, Kuwait, Bahrain and Maldives, additional information will be required by the Embassy before issuance of the permission letter to proceed with the Muslim marriage.

The Islamic marriage documents are accepted and recognized in Muslim countries and for some, authentication from their respective embassies shall be required.

Once the entire process is completed then some may also decide to have a non-Islamic celebration and have a party on beaches or other special events venue. Many expats in Thailand do get married while retired in Thailand.

More from my site

If you are going to retire in Thailand then always search for a law firm to assist you with not only your Thai visa but also bringing your goods into Thailand. Customs can be difficult and complicated however with a retirement it is best to search for a law firm that can offer a full service option. The information contained on our website is for general information purposes only and does not constitute legal advice. For further information, please contact us.